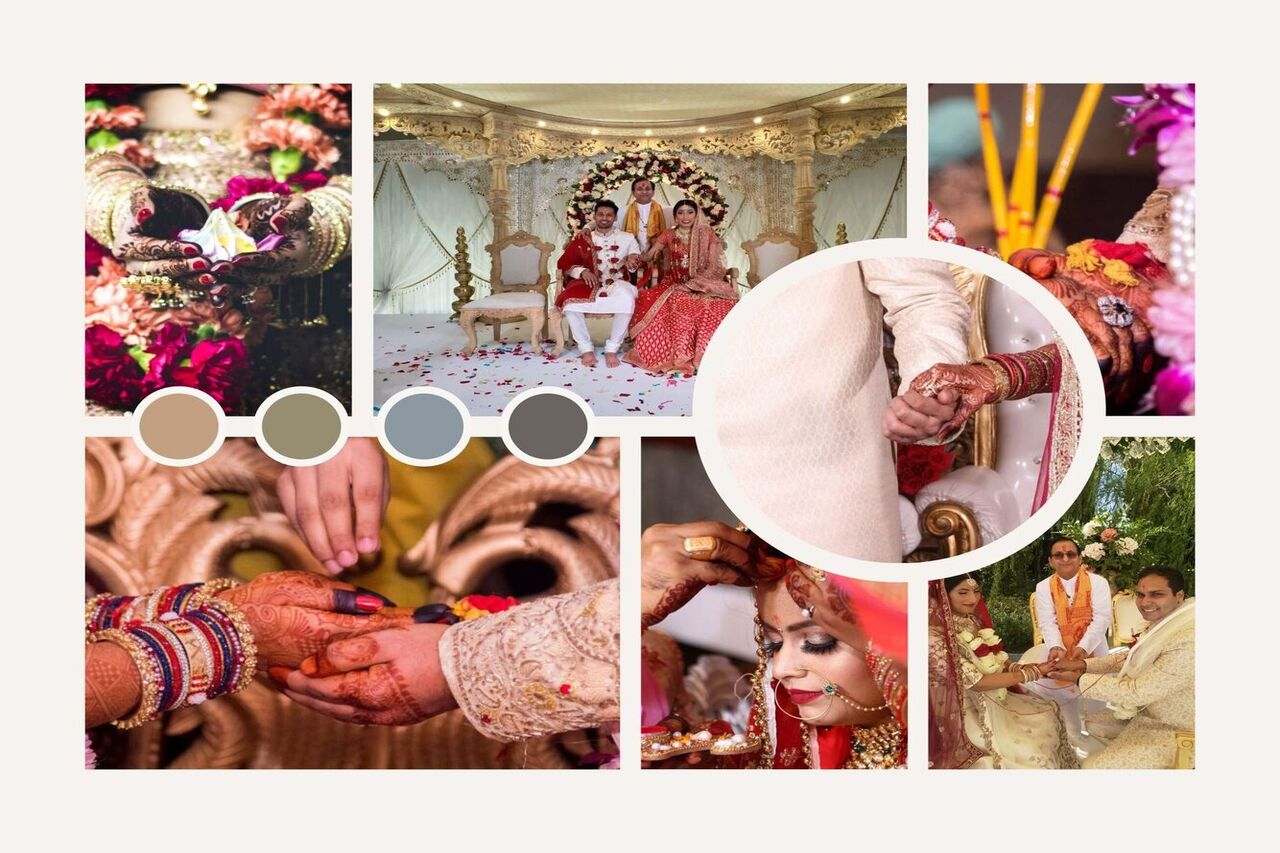 Indian weddings are traditionally held over three days and are composed of three main ceremonies – the Misri, Sangeet Party, and the Mehendi. There are a host of other unique Indian wedding traditions that will amaze you. and in all of this ceremony wedding priest always be an important part of the wedding.

This party can be a stand-alone event or be connected with the Mehendi ceremony too in Hindu wedding traditions. The Sangeet is a celebration where both families get together to sing and dance. This can be restricted to just the women, or open for all to enjoy. Indian wedding priest (wedding priest) for wedding ceremony guide for some rituals in sangeet party.

A Mehndi party is the pre-wedding celebration in Hindu wedding traditions and Sikh culture when the bride has the red-orange mehndi “stain” applied to her palms, back of hands, and feet. Only the women in the families attend the Mehendi, which is probably the most recognized Indian wedding tradition. In the Mehendi ceremony, you can invite a Wedding priest to guide you properly about all vidhi. It is where the bride has her hands and feet adorned with intricate henna designs, which signify the bond between her and her future husband. only Hindu wedding priests Uk have each and every knowledge about wedding rituals.

The Haldi ceremony is a ritual holy bath also known as pithy ceremony, which is one of the pre-wedding ceremonies which is where their families gather to spread the oil, water, and turmeric over the couple. The yellow color is considered auspicious as per Hindu wedding tradition. The mixture goes everywhere, over their skin and clothes, and is believed to bless the couple. It also has the double effect of moisturizing their skin before the wedding later that day.

In a Hindu Wedding ceremony on the morning of the wedding, the groom visits the home of his future in-laws, where his future mother-in-law will wash his feet and offer him milk and honey. While this is underway, his future sister-in-law will try to steal his shoes! If she is successful in this game of Jutti Chupai, the groom must pay her to get them back in time for the ceremony.

A Hindu wedding day of the wedding, A key aspect of the Hindu ceremony is to light a scarred fire which is guided by the wedding priest, usually created from ghee and wooden wicks, to evoke the God, Agni (Fire), to bear witness to the ceremony as say of wedding priest.

Wedding priest chanting mantras during the Laaja Homam ceremony translates to ‘the offering of puffed rice to the sacred fire’ from its Sanskrit origins. During this stage of the Hindu marriage, the bride offers rice with the help of her brother wishing her husband a long life and for the proliferation of their family. The bride is not allowed to offer the rice with her own two hands and therefore is helped by her brother or closest male relative. while this wedding priest chanting the mantras and guide for this ceremony.

For Indian couples that are marrying under the Hindu wedding tradition, instead of exchanging rings, the groom ties a mangal sutra (necklace with two gold pendants) around his bride’s neck with three knots. while this wedding priest chants mantras from Hindu Vedas for the happy marriage life of bride and groom. This is to represent a strong, century-long union.

The most important ceremony is called mangal pheras. This is when the bride and groom circle the sacred fire four times to represent dharma, artha, kama, and moksha and they run to their seats while this Hindu wedding priest chanting mantras to fulfill the ceremony—whoever gets there first will rule the household.

In this part of the wedding ceremony, the groom assists his bride to touch seven betel nuts, which are considered a holy plant in India, with her right toe while they recite seven vows guided by the wedding priest. Once this is complete, seven married women from the bride’s family come up to the couple and whisper blessings in the bride’s right ear before she is carried out by her brothers, guided by the wedding priest. The wedding ceremony is considered by most Indians as a one-in-a-lifetime ceremony and it is the Hindu wedding priest who has the most important role to play as a Hindu priest in an Indian wedding after the bride and groom.

When she may have just married the love of her life, completing the wedding ceremony is an emotional time for Indian brides as it is the moment when they officially farewell their family. The Vidaai ceremony is the moment when this happens, and the bride takes handfuls of rice to throw over her head as a sign of thanks to her parents. The bride takes the blessings from a family member and Hindu priest then she goes with the groom.

The bride is taken to her new husband’s home, but before the couple enter, they are sprayed with saltwater to banish evil, and then the bride’s first steps in the home are taken after she has dipped her feet into a mixture of milk and vermillion guides by wedding priest. This means she leaves red footprints on the floor to summon the Hindu goddess of love, beauty, and fortune – Lakshmi. Lastly, the bride spills a bowl of rice with her right foot to attract wealth and to show that she is ready to take on her new responsibilities.

Now Who is the head of the household ?

Now this ceremony is funny, Some families include the Aeki Beki in the newlyweds’ homecoming. This is where a little mixture of milk and vermillion is made in a bowl and filled with coins and a ring in this bowl. The couple takes turns to search for the ring and whoever finds it four out of seven times will become the head of the household. The wedding day is finalized with prayers seeking love and happiness for the newlyweds.

The bride is often walked down the aisle by her uncle rather than her father. Red and gold bangles are a traditional wedding accessory gifted to the bride by her maternal uncles. When they arrive, the bride’s family may present the groom’s with garlands of flowers and gifts, starting with the eldest male member of the family.  Female family members may also be included. Mangalsutra, a necklace the groom presents to the bride, which has a similar role to wedding rings. The bride wears it all her life and it’s considered an omen if she loses it. The style of mangal sutras has changed significantly in recent years as more women enter the workforce. best Hindu wedding priest or wedding priest can guide you properly in your wedding. The wedding priest is the most important guy after the bride and groom. Hindu priest for wedding Ketul Joshi (Hindu priest) is the best Hindu wedding priests as beliefs in proving Hindu priest services Like Indian priests and a friendly and flexible way so that today’s young generation can get a chance to understand our Hindu Culture.

Turmeric is a recurring element in Indian weddings. Admired for its beautifying and cleansing qualities, Turmeric is used in cleansing rituals and is part of the mangal sutra, the bridal necklace. The traditional wedding color worn by Indian brides is red, which symbolizes purity, joy, prosperity, happiness, wealth, and good luck.