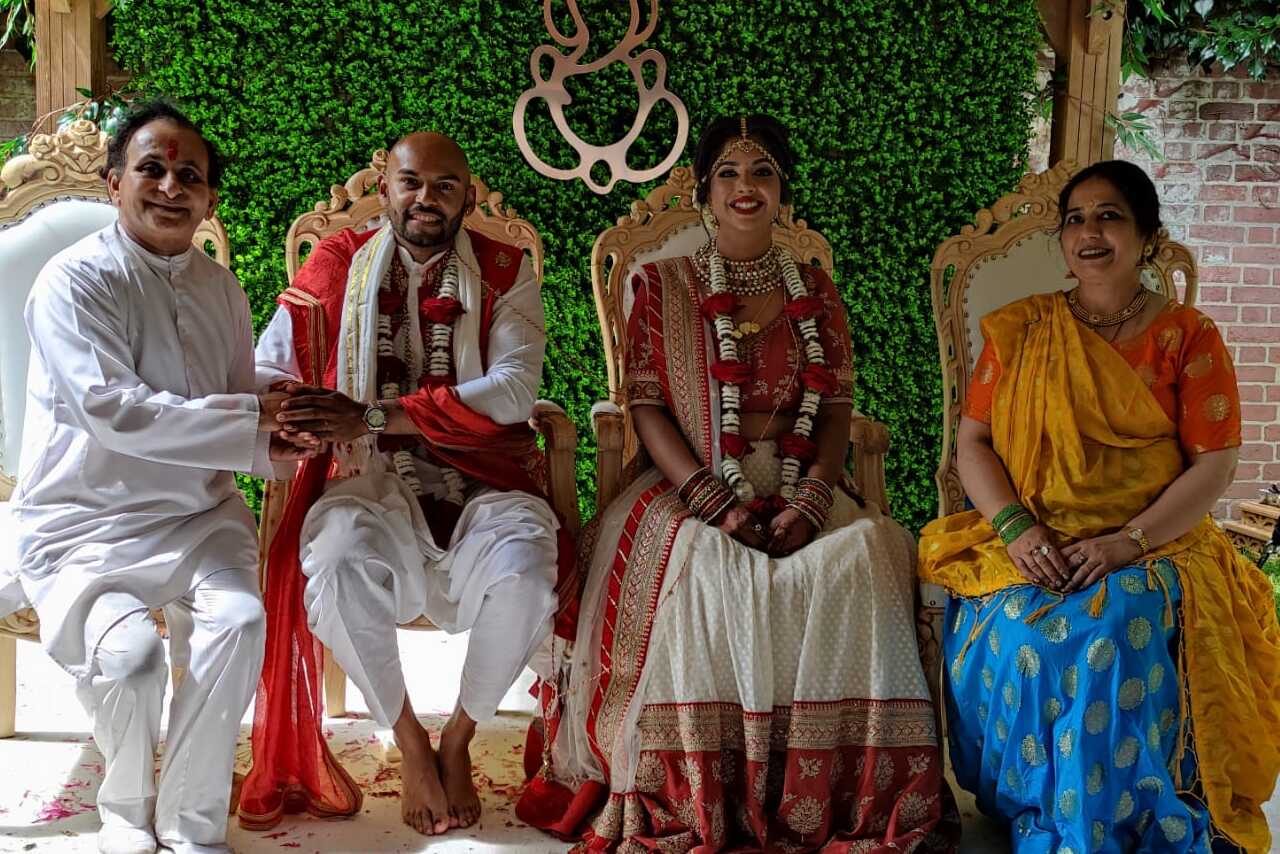 What is a Wedding priest ?

Most Indian families who reside abroad have strong ties with the tradition and culture of India. Most probably, the Hindus who reside abroad favor a wedding ceremony that strongly reflects the Hindu tradition. The Hindu wedding rites accentuate the transition from the initial stage of our lives, which involves learning to the secondary stage of life, which is married life. When you have a traditional Indian or Hindu wedding often times you will need a good Indian wedding priest.

Even though you might be knowing some wedding priests, sometimes you would like the other way around and choose a different Hindu priest for various reasons. Therefore it’s essential that you need to find reliable Indian wedding priest services, even before fixing your wedding date.

Do they remember to use the mic?

A lot of Hindu priests forget that beyond the 5 people in the mandap, 200 other people are watching, trying to follow the proceedings and not fall asleep.

Make sure your Hindu priest for a wedding remembers to engage with the sound system and perhaps even use it to his/her advantage in setting the mood and sharing all the fun parts of Indian culture.

Do they offer various services? (Long versus Short programs?)

Indian ceremonies used to last six hours, but now with modern weddings, they can be done in under 60 minutes.  Make sure your wedding priest can adapt to these offerings so that your program doesn’t go behind schedule yet all the proper rituals are done. Discuss this with the wedding priest, have a plan, and have a wonderful life together!

ADVANCED TIP: As some ceremonies require the use of fire, make sure your hotel is prepared to handle this in line with fire marshal codes !!

What Makes a Good wedding pandit For Indian Weddings in the UK?

Most importantly, a Hindu priest needs to have immense experience in performing rituals of all castes in the Hindu religion. a Hindu priest is someone who has a significant role to play in any Indian wedding, after the groom and bride.

I am a qualified Hindu wedding priest & have years of training both in Hindu Vedas as well as scriptures. Hindu priests make sure that the wedding rites are performed successfully. The Indian wedding priest performs the wedding ceremony based on the rites inscribed on the Vedas and ensures that the ceremony progresses from one ritual to the next.

Experienced as a hindu wedding priest

Being the pillars of any Hindu wedding ceremony, I preside over hundreds of Hindu wedding ceremonies each year, and always make sure that it is a heartfelt experience for you & your family. It doesn’t matter whether you’d like to make it simple and short, or a long ceremony, I ( Indian wedding priest ) will be elated to collaborate with you and make sure that you get exactly what you were looking for.

Why Choose Us as a your wedding priest ?

Hindu Priest(Ketu Joshi UK) will meet both families well ahead of time and plan the ceremony so that everything goes well without a hitch. A Hindu wedding pandit is someone who will preside over each and every aspect of your wedding ceremony, right from the engagement ceremony until the Bidaai ceremony. When you do any good religious ceremony You will get blessings from God and Hindu priests as well. And you are also inviting God’s to your home, and Hindu priest for a wedding as well. Chanting mantras, prayer, doing good pooja ceremony, Your home is blessed by God. Your home will become with blessing, Good vibrations, Good energy, Feel very peaceful.

The wedding pandit has enough skills to balance both the wedding and the customs, which is of most importance to both you and your families. The Hindu pandit requires puja articles such as idols, rice, incense, flowers, coconuts, milk, oil, ghee, wood logs, and powders such as red tikka and turmeric.

Being the master of ceremonies, The Indian priest guides both the bride and groom through their parts, throughout the Indian wedding ceremony and at the same time, will explain the meaning of the ceremony to the ones gathered. Normally during a  Hindu Indian wedding ritual, the Hindu wedding priest will be chanting the Sanskrit mantras, and you have to repeat after Hindu priest.

Wedding priest’s goal is to render Hindu priest services from the heart, and to unite the bride and groom, their respective families by making them understand the meaning of wedding, and also the sanctity of marital vows. Hindu pandit manages and performs the ceremony in a disciplined manner with a professional approach.

All you need to do is book Hindu pandit in Uk services and sit back, enjoy the wedding ceremony,  we ensure that you will get a divine and satisfying experience at your wedding. You can take the first step by contacting us.