Significance of performing the Satyanarayan puja

As stated above, any person can perform the Satyanarayan puja on any day without having to wait for a tithi. if you want to do this puja on a good tithi or day then you can ask for shubh muhurta to Hindu priest, Hindu priest will guide you properly. Nonetheless, the purpose of the puja is to invite as many people as possible, recite the Katha associated with it, and distribute the prasad (food offered as naivaidhya) to the Lord.

It is believed that one can get rid of all woes by keeping a fast and performing the puja with devotion. Thus by doing so, the devotee can appeal to the Lord to shower his compassionate grace on him/her. And thus, he/she shall not only invite auspiciousness to his/her life also make his/her guests feel blissful by sharing the benefits of the puja.

Anyone irrespective of caste, creed, age, and gender can conduct the puja at their home or workplace. It can also be performed either before the engagement ceremony or marriage. One can even do it before launching a new business or an initiative. Therefore, the Lord lays emphasis on bhakti (devotion) and not the stature, financial background, or caste of a devotee or the occasion.

This specific puja is meant for erasing all the barriers in society and teaming up as one unit to chant the name of God, who represents eternal truth. all this guidance will be provided by Hindu priest during the puja.

The importance of worship and fasting of Lord Satyanarayan is very high. Many people also do this story to thank God, and many people organize this story once a year on a particular day. Satyanarayana Katha is typically done on uncommon events as an offering of appreciation to the Lord. These events incorporate marriage, graduation, and the buy of another home to name a couple. The Satyanarayana Pooja is additionally done on the Poornima day of each month (full moon day).

The puja begins with a supplication to God to Lord Ganesha, the remover of all snags. An alternate piece of the request to God includes requests to God to the Navagraha’s, which are the 9 vital heavenly creatures, in the universe. They comprise of Surya (the Sun), Chandra (the moon), Angaaraka/Chevaai (Mars), Budha (Mercury), Guru otherwise known as Brihaspati (Jupiter), Shukra (Venus), Sani (Saturn), Rahu (the head of Demon snake), and Ketu (the tail of Demon snake).

Whatever remains of the supplication to God is love to Lord Satyanarayana, to a great degree altruistic manifestation of Lord Vishnu.

Once more, the names of Lord Satyanarayana are droned –

-alongside an offering of a mixture of prasad’s (nourishment offerings) and blossom petals.

Likewise in the puja, the story of the source of the puja is perused to be heard among each one of those watching and sharing in the puja. The story additionally clarifies the profits of performing the puja. Satyanarayan’s story All the troubles of life go away. If any person has any serious problem then he gets away from reciting this story. Sri Satya, the supreme incarnation of Lord Vishnu, always keeps his devotees away from negativity. Do not let them suffer in any way. Whoever –

worships him with full devotion and sincerity, all his wishes are fulfilled. At the same time, his family always leads a happy life.

The most important was the Hindu priest’s explanation that the Satyanarayan Puja is not just about fasting on the day, reciting the mantras, and having a get-together with near and dear ones. But it is about inculcating, following, and practicing the “path of truth” in our daily lives.

The petition to God finishes up with Aarti and appreciation contemplation!

Ketul Bhai provided an outstanding service for our Grih Pravesh Puja, He was very patient, well organised and performed the puja ceremony without rushing. He kept explaining the entire process. I would definitely recommend him to others.

Pandit ji explained in details all the mantras, and puja's. Kids were happy performing the rituals too. He is friendly. He takes his time doing the puja. In the future, we will contact him again. Just the fees were a bit high. Overall Im happy. Jai shri krishna

We had invited ketulbhai at our home for ganesh puja. ..he is great ....highly recommend.

Priest with caring attitude & will making one understand with patience especially the younsters. Highly recommended. 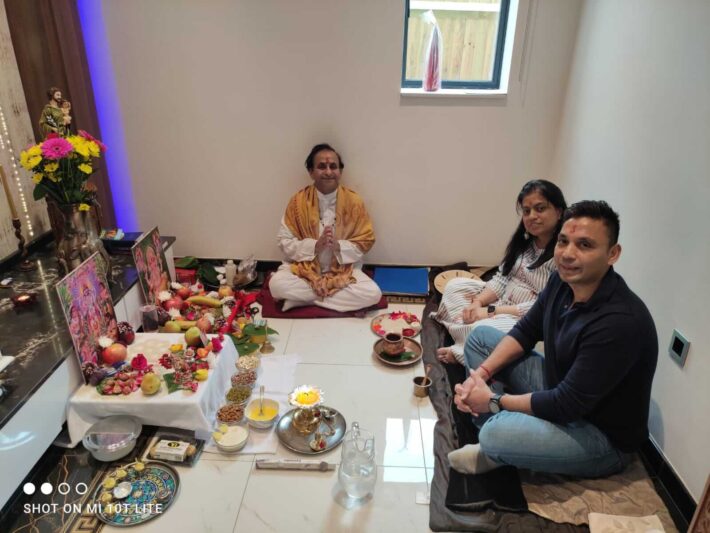 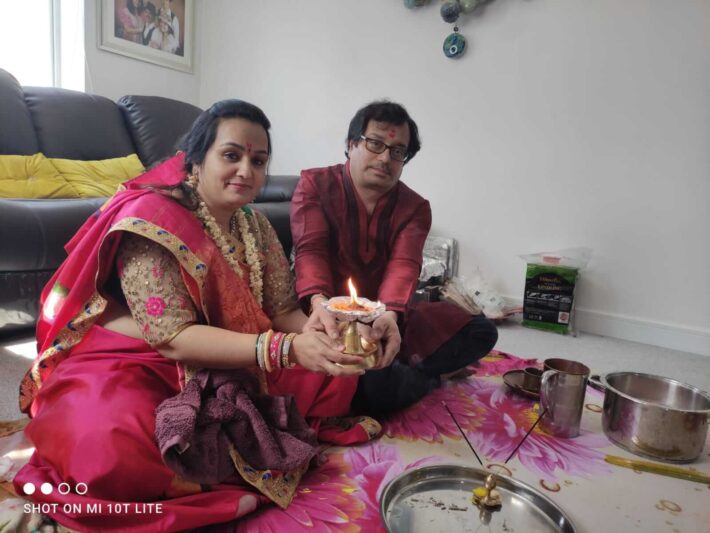 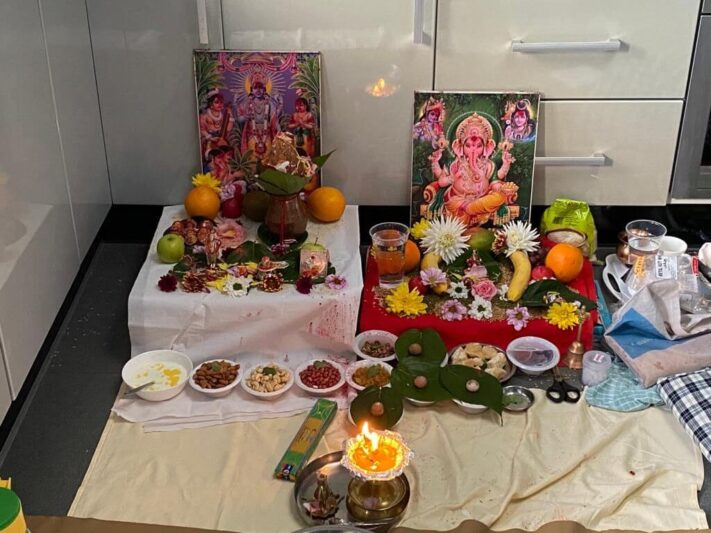 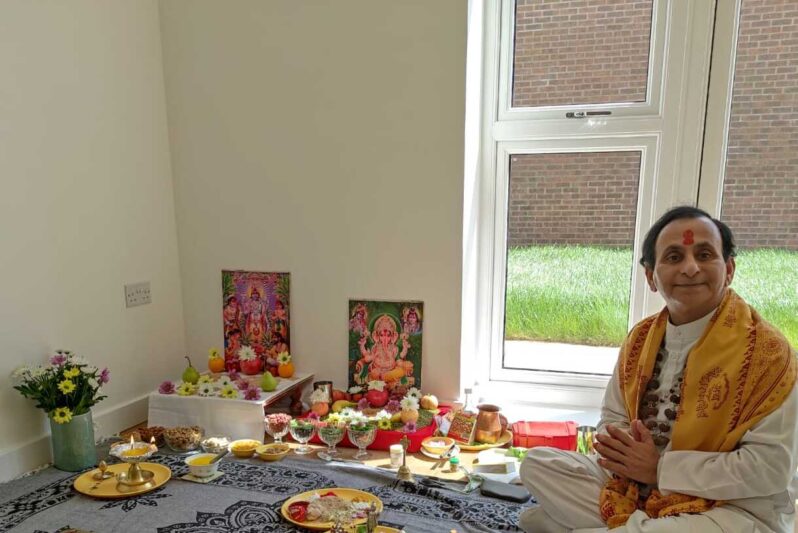 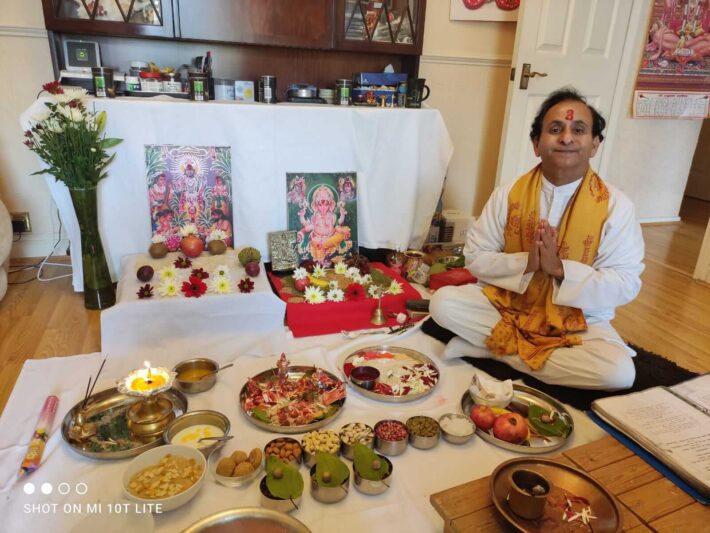 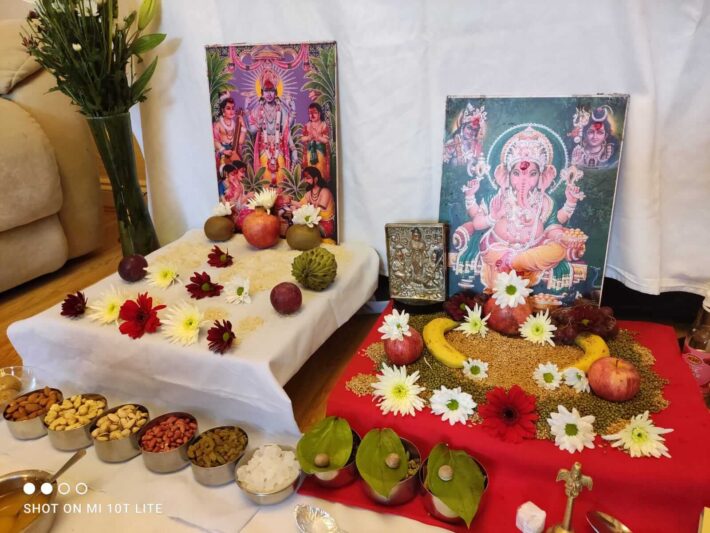 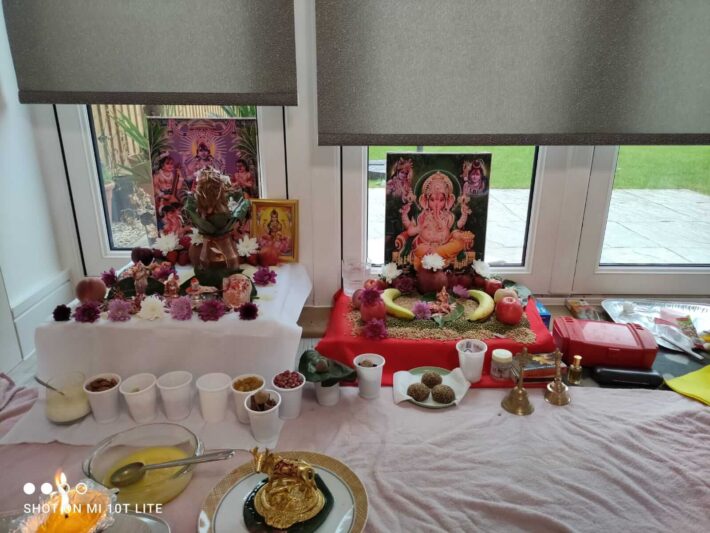