Why do we need Hindu Priest? 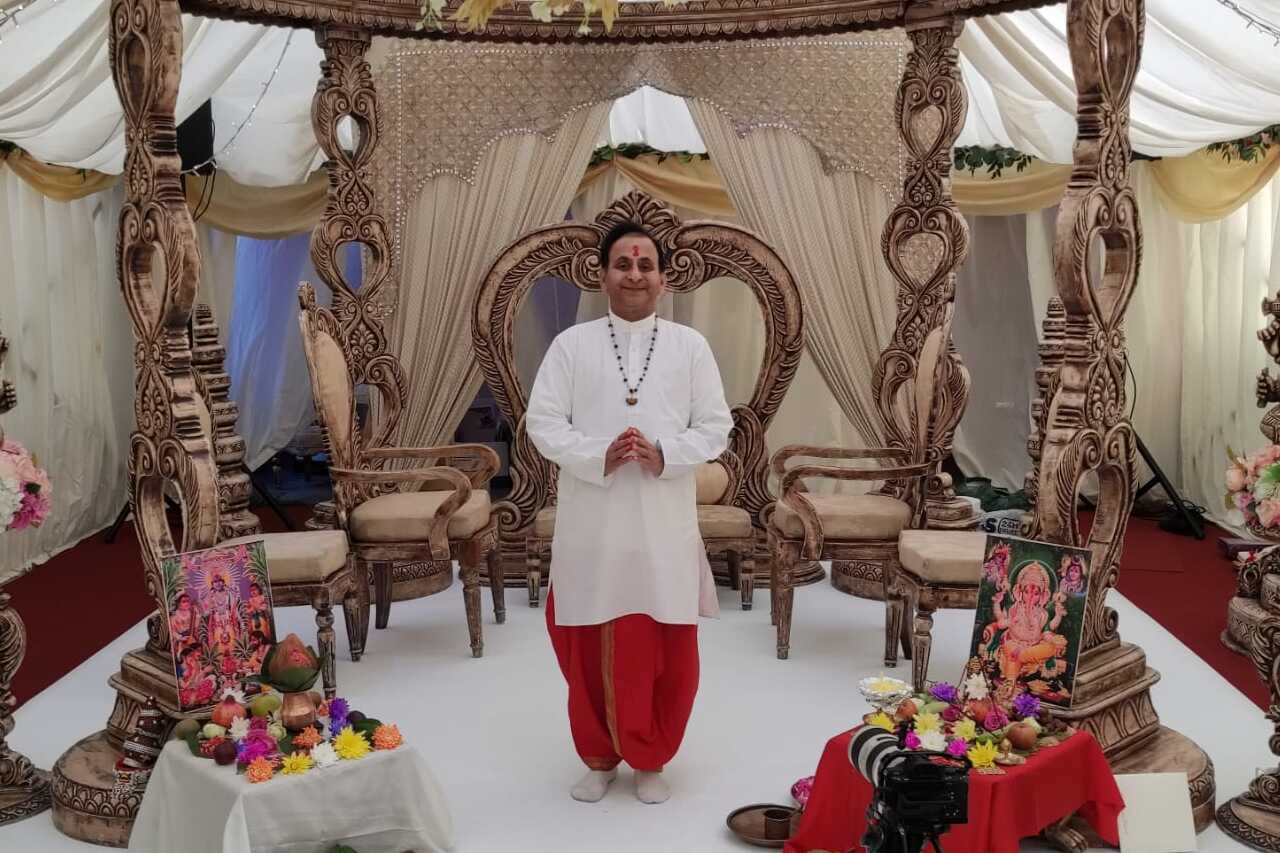 How did Hindu priests originate?

If you read the texts of Jainism, you will find a different description of the origin of Hindu priests there. If you read Buddhist scriptures, there is a different description for Hindu Priest ( Indian priests ). But the best is found only in Vedas and Smritis. In Hindu rituals, All the tirthas on the earth are found in the sea and all the tirthas in the sea area on the Hindu priest’s right foot. The four Vedas are in the Hindu priest’s mouth. All the deities take shelter in the limb. Therefore, there is such a belief that by worshiping Indian priests, all the gods are worshiped. Hindu pandit on the earth is considered to be Vishnu Swarup, therefore whoever desires welfare should never insult and hate Brahmins. The child of a Hindu priest should be considered a Hindu pandit from birth. The noun “Dvij” is derived from the sacraments, the name “Vipra” is derived from Vidyadhyayan. Those who are purified from Vedas, mantras, and Puranas due to Tirtha Snanadi.bHas become pious, that Brahmin is considered supremely revered.

At the heart of which is devotion to the master, deity, parents, and guest. One who leads others on the path of devotion, one who always narrates Puranas and preaches Dharma. In the scriptures, it is said that the fruit of Ashwamedha Yajnas is obtained from the philosophy of such a Hindu priest.

Then Pulastya Ji answered his question and said, Rajan! On this earth, a priest is always endowed with the virtues of knowledge and so on. In all three worlds and in every age, Vipradev is considered to be eternally holy.  IndianHindu priest is also the god of gods. There is no one else in the world like him. He is the idol of Sakshat Dharma and is going to pave the way for salvation to all. The Hindu pandit is the Guru, the Revered, and the Pilgrim of all people. In the past, Naradaji had asked Bramhaji. Brahman! Lord Lakshmipati is pleased to worship whom. So Brahma Ji spoke, on which Hindu Pandit are pleased, Lord Vishnu Ji also becomes pleased. Therefore, the man who serves Brahman definitely gets Parabrahma Paramatma. The body of a Hindu priest is always the abode of Sri Vishnu. Those who worship Hindu priests every day through charity, value, and service, etc., perform the ritual of one hundred Ashwamedha Yajnas with the best Dakshina according to the Manon classical method.

The Indian priest who came to his house does not return disappointed, all his sins are destroyed. The wealth that is donated to a deserving Hindu Pandit in the holy country period is inexhaustible. He bears fruit in the incarnations, Hindu priest’s worshiper is never poor, miserable, and sick.

Lord Krishna, the guardian of the world, the cow, the protector of the Hindu priest, worships Kotish. In the holy feet of that Hindu priest whose footsteps God wears on His bosom, we have millions of prostrations. Hindu priest is the name of the power born of chanting, Hindu Pandit s the abode of devotion born of renunciation.

The name of lighting the lamp of Brahmanical knowledge is,

It is the work of spreading the light of Brahmanical knowledge.

Hindu priest is a way of living with self-esteem,

Hindu priest is a unique and indelible part of creation.

Hindu priest Vikral is the art of drinking halal,

Hindu pandit has grown up by overcoming difficult struggles.

Hindu priest is the light of knowledge, devotion, renunciation, all-purpose,

Hindu priest is the sky of power, skill, manliness.

A Hindu Pandit is neither a person bound by religion nor caste,

Hindu priest is the real God in human form.

A Hindu priest is also known as ‘Purohit’ or ‘Pandit’ has many responsibilities whenever they are responsible for performing rituals, ceremonies like wedding, Grih Pravesh puja, Satyanarayan Katha, astrology, Gayatri havan, and always follow the instructions of temple rituals. Thus it has become very common that during every puja a Hindu Pandit is been called to perform all the rituals.

Here are some roles and responsibilities of Hindu Pandit which one must know:-

Hindu priest should also be able to recite the mantras which are in the Sanskrit language. The blessings from the priest are also considered to be sacred in many Hindu communities. The Hindu priests also spread the faith of Hinduism among many communities.

What is the meaning of Bhudev?

Bhumi na devta, Means bhrahman devta. If you do any good religious ceremony properly with good explanation You will gain good knowledge about dharma, religion, And after the ceremony Please take good Blessings from Hindu priest or Brahman. All your dreams come true. If you do any religious ceremony. do it with a good heart,  have faith in God, and trust. all your problems will go away. If you have any questions or problems please speak to the Hindu priest he will also guide you and give you a good solution.

Why do we need Hindu priests?

A Hindu priest will help you, guide you, with any questions or problems Find the solution, Anything you wish is good for your family.  He will guide you on Which pooja ceremony to do. Good Hindu Priest(Ketu Joshi UK) helps you in so many ways in your life. Start from family planning and until we passed away. Funeral service then 12/13 days ceremony, Then asthi visarjan ceremony to do. But you need a very good and honest Hindu priest who can guide you properly according to the dharma. That’s why We need a Hindu priest for any religious ceremony and for good Blessings.

When you do any good religious ceremony You will get blessings from God and Hindu priests as well. And you are also inviting God’s to your home, and Hindu priest as well. Chanting mantras, prayer, doing good pooja ceremony, Your home is blessed by God. Your home will become with blessing, Good vibrations, Good energy, Feel very peaceful.

Bad negative effects, energy, vibration will be moved, You will live very happily with family, In peace and harmony.

That’s why we should invite Hindu Priest(Ketu Joshi UK) and do a good pooja ceremony every 2/3 years. Especially on your Birthday, anniversary. any good religious day. One thing remembers ONLY GOD CAN Do miracle no one else, With God blessings Everything is possible.