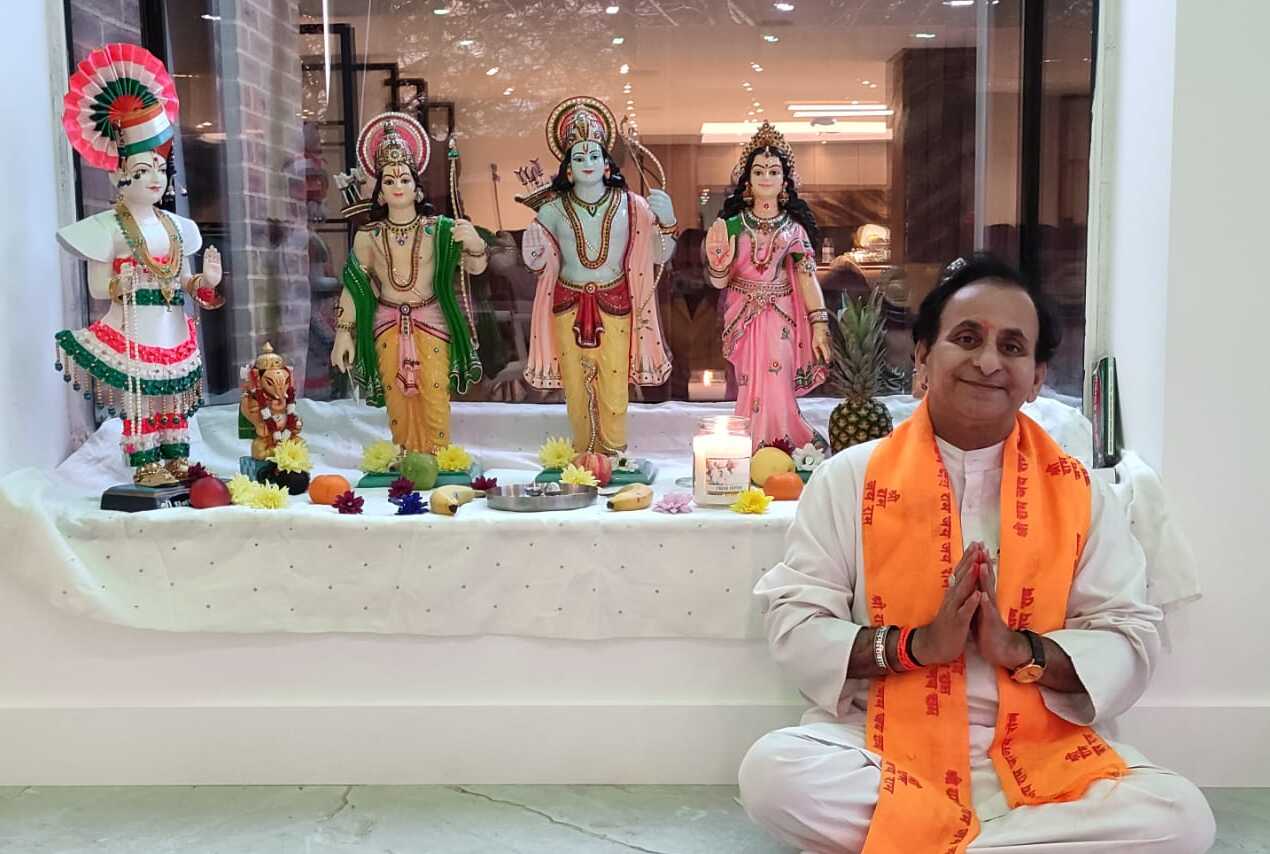 Hindu priest who acts as officials at temples, conducting or assisting on worship, is known as Hindu priest or Hindu pandit or may Indian wedding priest. Their main duty is to act as intermediaries between the worshipers and god. These Hindu priest are supposed to be Brahmin members of the highest-ranking caste group that have traditionally been Hindu priests. All brahmin (Hindu priest)  wear the sacred thread. They have traditionally been the final judge of purity and caretakers of temples. Only they could enter the inner sanctuaries of temples and invoke the deities there for puja.

Hindu priests are known to perform services often referred to as puja. Hindu Priests are identified as Hindu pandits or pujari amongst devotees. Hindu Priests were the instigating factor to why ordinary people of the Hindu religion became indulged severely in a devotional path. Hindu priests through their extended knowledge of the literature, the Bhagavad Gita, and the Ramayana were able to encourage the Hindu community’s devotion to Hindu deities.

What is the Responsibilities of Hindu priest ?

Hindu Priest primary responsibility is to conduct daily prayers (puja) at the local Temple. During Hindu festivals, traditional events such as weddings, the sacred thread ceremony, performance of antyesti, and special deity-specific ceremonies, Hindu priest may be called upon to conduct pujas. In order to perform a puja, the Hindu priest is required to have prior skills and knowledge. To be a qualified priest, they must know the required chants (mantras and stotras) fluently in Sanskrit and be familiar with the materials required to perform the puja for various ceremonies and Hindu rituals. Hindu priest from an early age was trained to memorize hymns in order to chant them during rituals and ceremonies without aid. Receiving assistance to remember hymns and chants was historically frowned upon as Hindu priest were expected to recite the hymns through memory.

What qualifications Required to be a Hindu pandit?

The Brahmans are divided into 10 main territorial divisions, five of which are associated with the north and five with the south. The northern group consists of Sarasvati, Gauda, Kannauj, Maithil, and Utkal Brahmans, and the southern group comprises Maharashtra, Andhra, Dravida, Karnata, and Malabar Brahmans.

A Hindu priest performs worship services which include different types of ceremonies and Hindu rituals.

Many worship services are performed onsite at a Hindu temple or organization site. Others may be performed offsite.

The services may also vary in duration and intricacy. Many practicing Hindus perform puja at least once or twice a day, while at temples, puja may be performed multiple times during any given day.

To officiate the various Hindu rituals and ceremonies of Hinduism, Hindu priests must be able to effectively and knowledgeably serve a Hindu temple and community’s worship service needs.

Shrivaishnava, a member of a Hindu sect, most numerous in South India, pays allegiance to the god Vishnu and follows the teachings of the philosopher Ramanuja “Shri” refers to Vishnu’s consort, also called Lakshmi, to whom Vishnu first taught the doctrine. The sect bases its philosophical doctrine upon the Shribhashya (“Beautiful Commentary”) of Ramanuja, an exposition of the Vedanta-sutras.

The sect reached its peak in the late 10th or 11th century, when Nathamuni, the first acharya (“teacher”) of the group, introduced into the temple service the passionate devotional hymns of the Alvars (a group of mystics). Nathamuni also founded a Sanskrit-Tamil school at Srirangam (Tamil Nadu state), which continues to be a great Vaishnavite center in South India.

The Shrivaishnavas worship only Vishnu and his consorts and attendants and do not acknowledge Krishna’s mistress Radha. Hindu priest members take the lead in the strict observance of caste regulations in such matters as diet and intercaste dining. Shrivaishnava Brahmans are much given to scholarly pursuits and have earned for themselves the honorary title of the acharya, or, in Tamil, ayyangar, often spelled Iyengar.

Most Hindu priest are traditionally trained, but some may have gained their knowledge and skills through independent study. A qualified Hindu priest is one who has a detailed, working knowledge of the various steps involved in some of the most common worship services; can chant special prayers that may be in Sanskrit or vernacular Indian languages ​​(mantra or stotram), and is familiar with the necessary items for different ceremonies and Hindu rituals (such as flowers, rice, coconut, clarified butter, specially prepared food offerings, incense, vermilion and camphor to name only a few).

While the majority of Hindu priest are male, an increasing number of women are entering this line of work in India, where the majority of Hindus reside, and throughout the Hindu diaspora. A Hindu pandit or Hindu priest may be called upon in smaller temples, to prepare food offerings (Prasadam) for Hindu worship services, which are then distributed to temple devotees.

If, however, a Hindu temple or organization based in the UK is affiliated with a particular traditional lineage (sampradaya), it may have additional requirements for a Hindu priest, such as having to be well versed in the specific lineage, scripture, and worship services of the traditional lineage and certified by an authority recognized by the sampradaya.