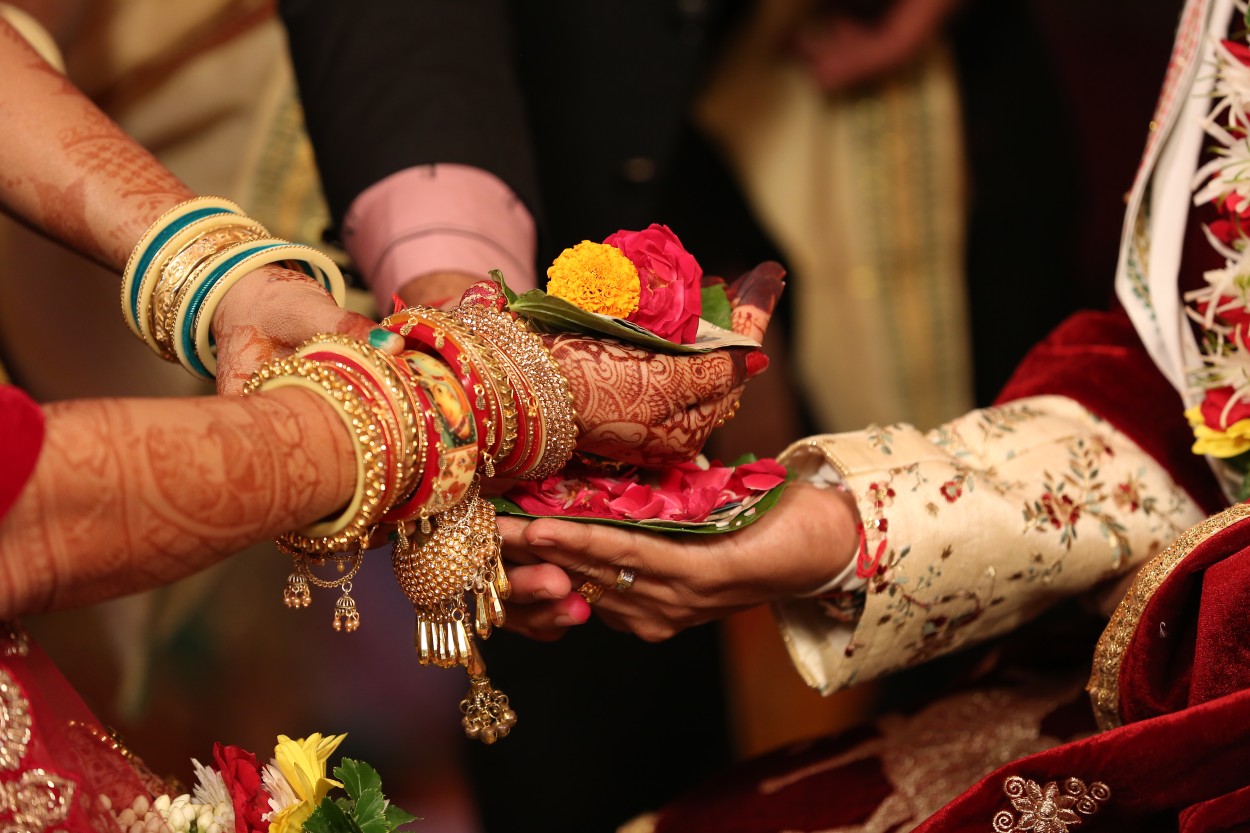 Hindu weddings have many events and rituals.  From the Parchan (Arrival of the Groom) to the Vidai(Farewell to the Bride), couples and their families get no downtime because of many functional responsibilities on their heads.  In all of these ceremonies, the wedding priest is playing the main role. each item on the agenda is important in solidifying the bond between the bride and groom spiritually, but possibly the most important and sacred ceremony is the Kanyadaan in Hindu wedding.

The Kanyadaan is one of the most sacred Hindu wedding rituals that binds two people into one. A sacred tradition that is carried forward by the father of the bride, a tradition that in its entirety is a beautiful amalgamation of bittersweet emotions, wherein the father of the bride gives away her hand into the groom-to-be with hope for his precious daughter’s happiness.

Kanyadaan meaning and its significance

Meaning of Kanyadaan: Kanya means daughter and Daan means donation or giving away. This, in itself, means giving away one’s daughter. It is said that the concept of Kanyadaan has no mention in the Vedas. The Vedic age argued that a woman’s consent is very important when it comes to marriage and the final decision of marriage came up with the concept of both the to-be bride and groom.

No man in the world is dearer and trustable than their fathers for the brides. Yet, the father of the daughter is entrusting another man and hopes that the groom will take care of the happiness and well-being of her daughter like he used to do. Kanyadaan is an extremely sentimental ritual for the brides and their parents. It also exemplifies the sacrifice of father and mother to commence the new phase of the daughter’s life and ensure her happiness.

For any parents especially for the father, To “give away” their most precious daughter is not a simple thing to do. The emotional weight of this ceremony greatly affects the father. Here, it is important to understand the mutual feelings that a father-daughter relationship holds. No matter what, daughters are their father’s most prized possessions and he can never stop loving them.

During the Kanyadaan, as per the guidelines of the wedding priest, the father symbolically hands over the responsibility of his daughter to the groom with lots of hope and expectations. After joining the two hands, ‘Hastamelap’, the Mother of the Bride pours sacred water onto the palm of her husband’s hands, allowing it to flow through his fingers onto his daughter’s hand and ultimately to the groom’s hand as well. The traditional Hindu wedding stretches this part and makes it more emotionally charged through the Kanyadaan ceremony.

Hence, the bride’s father has to go through this entire ceremony in a ritualistic manner of letting go of his daughter. Can you imagine how heavy this must be for a father? We fail to imagine the tumultuous mind and the whirlwind of emotions the father must feel at such a sensitive time where he is letting go of the one thing that he cherished all of his life.

The Bride represents the form of the goddess Laxmi and the groom of Lord Narayana. The parents are assisting in the union of the two ‘Gods’ while everyone bears witness. This Hindu wedding ritual is performed to provide consent from the parents of the Bride before continuing through the ceremony. It is said that Father of the Bride has to give away his most precious possession – his daughter – for the Bride to receive great prosperity and good fortune for her future.

The moment a father makes the Kanyadaan of her daughter is the moment she becomes the grace of someone else home. Kanyadaan ceremony can better be described as a metamorphosis of the role of a girl into the role of a wife and embark on the new phase of her life.

The ritual of Kanyadaan commences right after the Vermala ceremony and in front of the holy fire. In a majority of the Hindu Indian weddings, during the Kanyadaan custom, the groom’s right hand is placed on the bride’s right hand and their hands are tied either by a sacred thread or by a piece of red cloth. Then, flowers, betel leaves, and betel nuts are placed on top of their hands. After that, the bride’s father and in some cases, both the parents place their hands on the top of the couple’s hands and milk or gangajal is poured down on hands while the Hindu priest for the wedding ceremony chants Kanyadaan mantras.

During the Kanyadaan ceremony, songs are sung about the groom, comparing him to Rama and Vishnu, while the bride’s side sings songs of loss for their daughter and for the money they spent on the Hindu wedding.  There may even be a song expressing the bride’s hurt and frustration at being given away, her ‘betrayal’ at the hands of her parents.

The curtain that had been separating the couple up until now is finally removed and the bride and groom exchange flower garlands as part of the Jaymala.  Depending on the family, the Jaymala can come before or directly after the Kanyadaan.  Regardless of the order of events, the Kanyadaan happens before the sindoor is placed in the bride’s hairline, marking her symbolic departure from virginity.

The Kanyadaan is one of the holiest and most traditional parts of a Hindu wedding.  It marks the movement for the bride from her family to her husband and his family and is thus an extremely poignant event.  Feel free to cry and laugh, but remember – the bride isn’t losing her family, she’s gaining another one.

The Process of Kanyadan

With a deed such as noble, spiritual, and pure as this, certain rituals are required to be followed by performing it.

It is perhaps one of the most beautiful aspects of an Indian wedding ceremony. Religion, spirituality, and emotions – everything combined into one during Kanyadaan.

Conclusion of the Kanyadaan

To round up the Kanyadaan ritual, the groom’s sister joins the end of his scarf to the bride’s gown (sari) using copper coins (which stand for prosperity), rice (indicating happiness), and betel nuts (representing unity). She ties the scarf and sari in a knot which is meant to show the everlasting bond that the couple’s marriage will create.