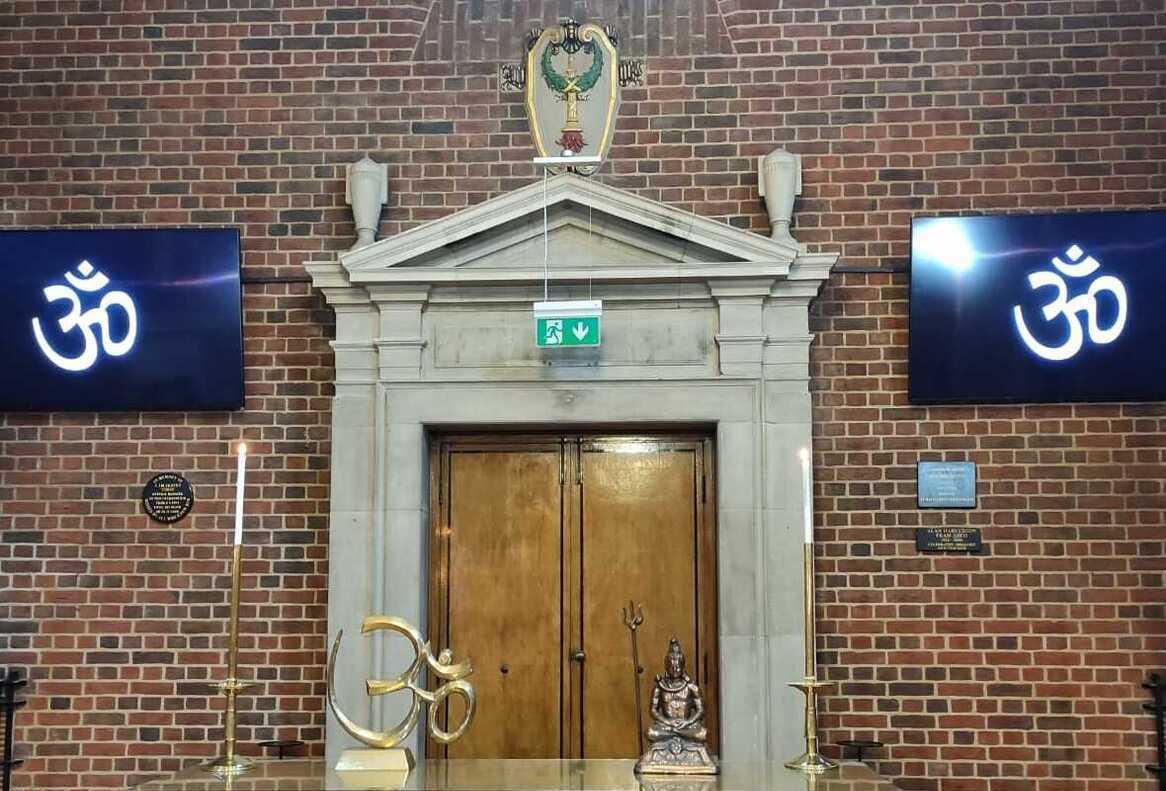 What Is a Hindu Funeral?

Hindu funeral death rituals dictate that cremation is the norm, but the body remains in the family’s home until it is moved to the cremation location.

‘Ma’ represents the impurities in our minds.

‘Ya’ represents the atma.

So when we say, ‘Sivaya Namaha,’ the atma, represented by ‘ya,’ is in the middle.

so in Hindu funeral prayers Hindu funeral mantras On one side are pride and other impure thoughts represented respectively by ‘Na,’ and ‘Ma.’ On the other side of ‘ya,’ we have Lord Siva and Goddess Sakti represented by ‘Si’ and ‘Va.’

So it is for us to decide what we are going to do. Will we go the way in which temptation leads us? Or will we turn towards God? The ‘ya’ comes right next to ‘Va,’ for the Goddess is even more merciful than Lord Siva. After all, an erring child is afraid to approach its father. It first seeks forgiveness from its mother, who recommends to the father that he must not judge his child harshly.

In the same way, the Goddess makes sure that the Lord’s wrath is not directed towards us. She speaks to Him on our behalf. To get His mercy, we must go to Her first. His mercy then automatically comes to us.

The day after the cremation, the Karta will return to the crematory and collect the ashes. Traditionally, the ashes should be immersed in the Gangas River, though more For Hindus living outside of India, there are companies that will arrange for the shipment of the cremated remains to India and will submerge the ashes in the Gangas. In Hindu funeral rituals, rituals are performed by Hindu priests or Indian priests.

Why is the River Ganga important in Hindu funerals?

The traditional location for Hindu cremations is on the banks of the Ganga River in India for Hindu funerals. The family carries the body to the cremation site on the river banks for the final ceremonies, and they believe that this location is key to allowing their loved one to leave the cycle of birth and death in the attainment of nirvana or enlightenment. On the Ganga, the river family does the Hindu funeral prayers to give peace to the soul. sometimes family goes to the Ganga river for Hindu funeral prayers and gives peace to the soul.

A Hindu priest will preside over the event and guide mourners through the process of saying goodbye that how serves to help the deceased person’s soul move from spirit form to its new body in the cycle of reincarnation.

For Hindu funerals in the UK families who are not in India may choose local cremation services for funerals, with directors or Indian priests offering support for the rituals and traditions of cremation.

At a Hindu funeral, One year after the death, the family will observe a memorial event called “shraddha,” which pays homage to the deceased. The Karta will invite Hindu priests, members of the highest caste, to the home and provide them with an elaborate meal, treating them as he would his own parents.

The thirteenth-day intense period of Hindu mourning rituals/Hindu funeral rituals may involve family & friends, the immediate family of the deceased is considered in mourning for a year following the death of the loved one. During this time, some of the traditions will limit or restrict participation in festivals and events, as well as discourage making life-altering decisions like changing jobs or moving. Some traditions will not allow for a wedding to take place during the year.