Hindu Funeral Guide in the Uk 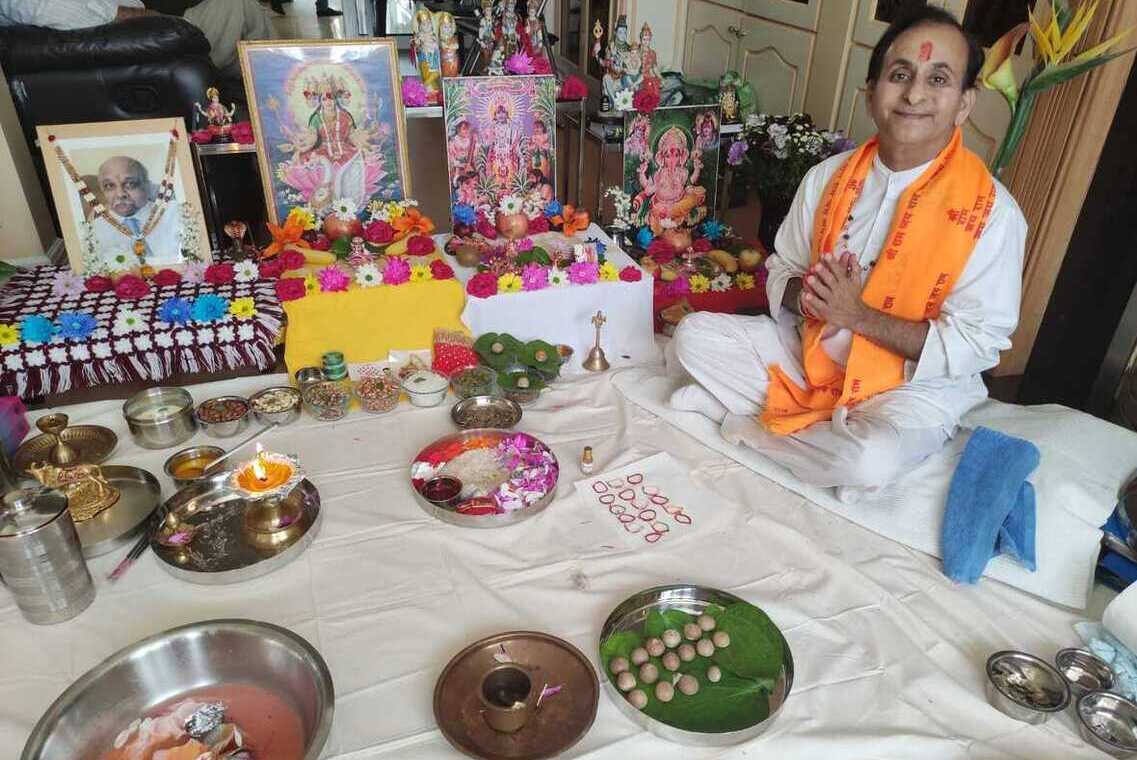 Hindu Funeral customs and death-related rituals that you need to know !!

In Hindu funeral, The Hindu religion teaches that when someone dies, the soul passes into another body. In Hindu funerals, they are belief That reincarnation provides the foundation for Hindu funeral traditions. Although different groups have slightly different practices, there is a common set of Hindu funeral rites they all follow.

Hindu funeral cremation customs and rites in the Uk :

Hindu funeral Uk There are an estimated 800,000 to one million Hindus are living in the UK, the majority are from India, East Africa, Malawi, and Zambia. these all people are following Hindu funeral Uk rituals/Hindu funeral rituals. Hindu people believe in the law of karma which states that each individual passes through a series of lives until, depending on the actions of previous existences, the state of moksha, or liberation from the cycle of birth and rebirth, is attained. Consequently, death is not understood to be the end of a process but is merely a stage in the long chain of transition. It is this continuity, extending beyond the limits of any single lifetime, which is enhanced and focused during the elaborate mortuary rituals performed by Hindus.

The Hindu funeral ceremonies involve not only the immediate family members of the deceased but also those of the extended kin network. In Hindu funerals, Particular categories of kin have special rituals and economic duties to perform on this occasion. In Hindu funerals There are many regional and sub-cultural variations in the content and duration of mourning practices; the following is limited to describing the ceremonies in the broadest terms. When death is imminent, the person is lifted from the bed to the floor so that the soul’s free passage into the next life is not obstructed.

For Hindu funeral rituals Water from the holy River Ganges is given to the dying person and a tulsi (basil) leaf is placed in the deceased person’s mouth. The tulsi leaf has a dual significance. Firstly, it is associated with Lord Vishnu, one of the three gods who are collectively known as the Hindu Trinity of gods; Vishnu is also known as the preserver of the universe. Secondly, the tulsi leaf is believed to have many medicinal properties. After death, the body is washed and dressed, preferably in new clothes.

Married women are clothed in a pink or red sari of their marriage and adorned with jewelry. Kumkum red powder is placed in the parting of the hair and a red spot or tilak is applied on the forehead. At a Hindu funeral, The woman’s father or brother usually provides the clothes, and when a man dies, the clothes are again provided by the wife’s father or brother.

In India, because of the hot climate that the Hindu funeral is held as soon after death as possible, however, the UK needs to fulfill various legal and bureaucratic formalities that may lead to a delayed ceremony of a few days.

The body is placed on a bier made of bamboo poles and carried on the shoulders of close male relatives to the burning grounds. In most cases, all the relatives attend the cremation. Thus, when an elderly and highly respected man dies, even his genealogically and geographically distant family would make it a point to attend the cremation.

In a traditional Hindu funeral there are certain things that happen, including below :

– A lamp is placed by the head of the body

– Prayers and hymns being sung

At a Hindu funeral A‘mala’ – a necklace of wooden beads is put around the dead person’s neck. Garlands of flowers may also be added.

In Hindu funeral Hindus always have an open casket, and a Hindu priest or “Karta” will preside over the proceedings. According to Hindu funeral In Hindu funeral rituals, Hymns and Hindu funeral mantras are recited and some services include a fire sacrifice. At this point, offerings are made to ancestors and gods. Friends and extended family will visit the bereaved during the period of intense grief which in many Hindu funeral rites 13 days.

Whatever kind of funeral you’re looking for, our Hindu priest (Hindu priest near me) is here for you.

What are Hindu beliefs about death?

The Funeral is based on a belief in reincarnation, which means that when someone dies, the soul reincarnates into a different physical body or life form. Hindu people belives To leave the repetitive cycle of birth and death, a person must attain moksha, a state of liberation where the soul is absorbed into Brahman, the transcendental life force in the Universe.

Although this belief is widely accepted in Hinduism, bear in mind that there are many denominations of Hinduism, each with different customs and beliefs.

What happens afterward at the Hindu funeral :

Ten days after the Hindu funeral service, a smaller ceremony is held at home to free the soul, allowing it to rise to a higher state of being. This is a more joyful and celebrative affair than the funeral and represents closure for the family.

How are Hindus buried in Hindu funerals?

Traditionally, the cremation ceremony involves a ritual burning of the body, attended to by a Hindu priest and male family members. Sometimes guests attend the ceremony, too. The ‘last food’ is offered and the cremation takes place with flowers arranged around the body.

Is there a mourning period for Hindus in Hindu funerals?

There is a 10-day period after the death, during which the immediate family follows Hindu mourning customs. They refrain from visiting the family shrine and are prohibited from entering a temple or any other sacred place. This is because they are considered to be spiritually impure during this mourning period. After the shraddha ceremony, the family typically returns to work in anywhere from one to three weeks, depending on personal preferences.

Why Do Hindu Funerals Take Place So Quickly After Death?

Hindus believe that the body can prevent the soul from moving on to the next journey. Thus, the decedent’s family will hold the funeral as quickly as possible. After the funeral, they can have the body cremated in order to liberate the soul.

What Takes Place at a Hindu Cremation Ceremony?

Hindus believe that cremation is the quickest way to help liberate the soul. Thus, the community practices certain cremation rituals in Hinduism. These rituals typically take place during a Hindu cremation ceremony.

Placing flowers around the body

Laying rice balls around the body

Placing a lamp near the head of the body

Praying over the body before cremation

What to wear to a Hindu funeral?

It is customary for guests at Hindu funeral services to wear all white. This is because the color represents the purity of the soul of the departed and their reincarnation. It is seen as the most respectful attire to wear casual, loose-fitting clothes which convey humility. Men and women are required to wear long sleeves and full trousers without any bold jewelry or excessive makeup.

Inviting everyone on the Hindu funeral rites 13 days for a meal comprising sweets: –

Due to the funeral rituals performed on the Hindu funeral rites 13 days, the body penetrates the atmospheric range of the earth and attains further momentum. In Hindu funeral rites 13 days Attaining momentum means cutting off all ties with his family members by the Body and developing a relationship with God. At a Hindu funeral To greet this blissful process of doing away with the attachment to the gross body and developing attraction towards God, a Hindu priest and everyone is invited for a meal comprising sweets as a symbolic gesture.

The preta-karma is an important Hindu death ritual that takes place during the period of mourning. It serves to help the deceased person’s soul move from spirit form to its new body in the cycle of reincarnation. Preta-karma is a ceremony that often happens during the Hindu funeral rites 13 days of mourning. The family performs rituals to release the soul to support reincarnation.