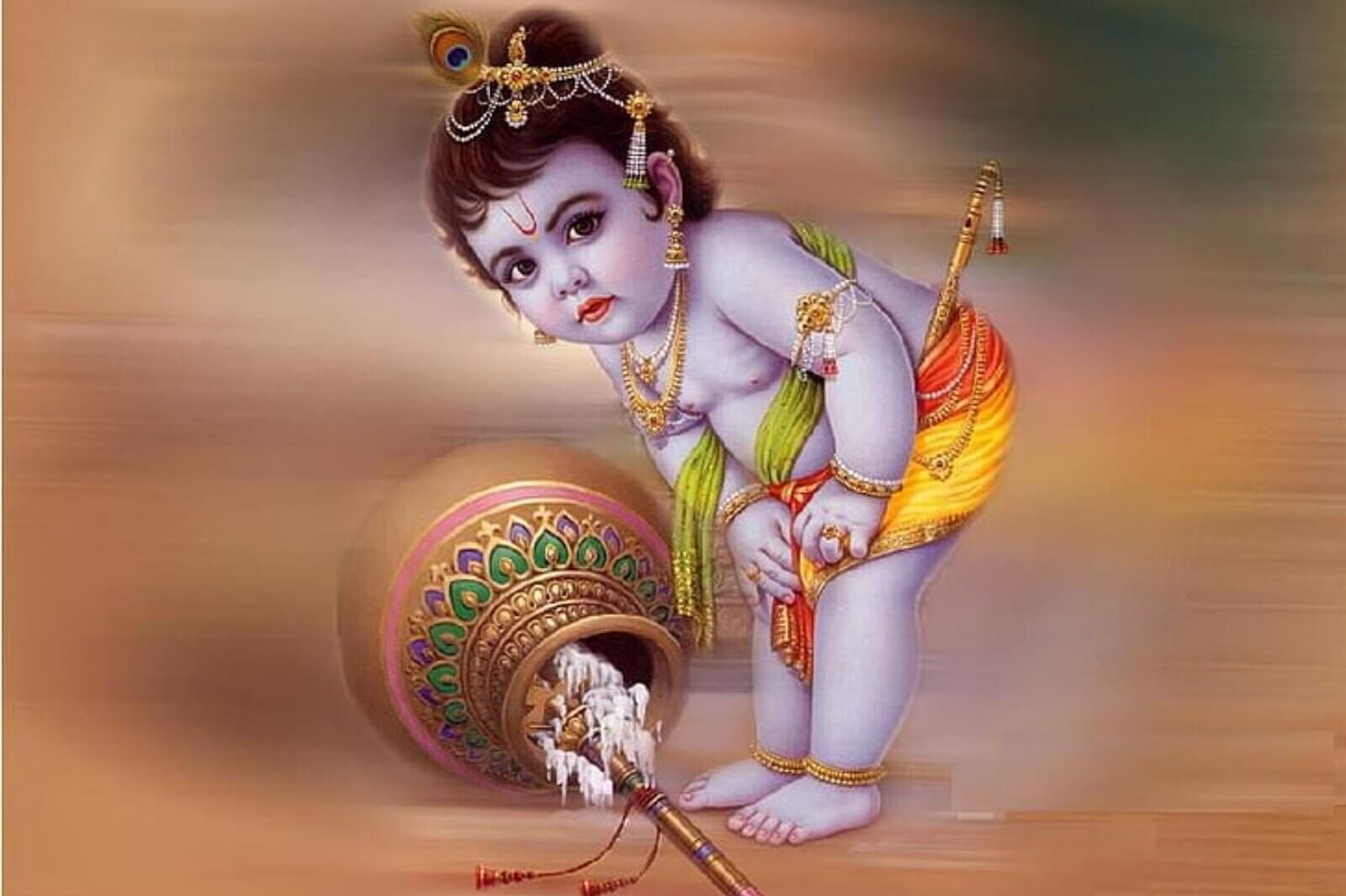 5248th Birth Anniversary of Lord Krishna, Janmashtami  in UK for 2021

Devotees, who observe fast on Janmashtami, should have only a single meal a day before Janmashtami. On fasting day, devotees take Sankalpa to observe a day-long fast and to break it on the next day when both Rohini Nakshatra and Ashtami Tithi are over. Some devotees break the fast when either Rohini Nakshatra or Ashtami Tithi is over. Sankalpa is taken after finishing morning rituals and the day-long fasting begins with Sankalpa.

The time to perform Krishna Puja is during Nishita Kaal which is midnight as per Vedic time-keeping. Devotees perform detailed ritualistic Puja during midnight and it involves all sixteen steps which are part of Shodashopachara (षोडशोपचार) Puja Vidhi. Please check Krishna Janmashtami Puja Vidhi which lists all Puja steps for Janmashtami along with Vedic Mantra to perform the Puja.

At most places, Janmashtami is celebrated for 2 days.
First day as a Krishna Janmashtami and second day as a Dahi Handi.

The devotees wash baby Krishan’s idol with Pancha Amrit, decorate it with new clothes and ornaments, offer flowers, fruits, and sweets to the god and worship him in the cradle. Some devotees cook sweet dishes specially made of milk products and offer to Lord Krishna as a “Prasad”.

To defeat the idea of female cowherds, Krishna devised the idea of forming a human pyramid. The human pyramid was used as the ladder to climb up and reach the Handi. Since then it has become part of Indian folklore. Every year during Janmashtami this event from the life of Lord Krishna is played by the young troop of boys.

To make the task challenging Handi is kept several floors high at the open ground or the street crossing. Dahi Handi could be up to several floors high in the sky. Women folks who represent female cowherds from the tale of Lord Krishna thwart any attempts to create a human pyramid by throwing the water or some slippery liquid on the pyramid formation.

In some regions, Dahi Handi is getting emerged as a competitive sport. Hundreds of teams participate every year in the event. Celebrities are invited to promote the event.

With time the whole event has its own slogan Govinda Aala Re!