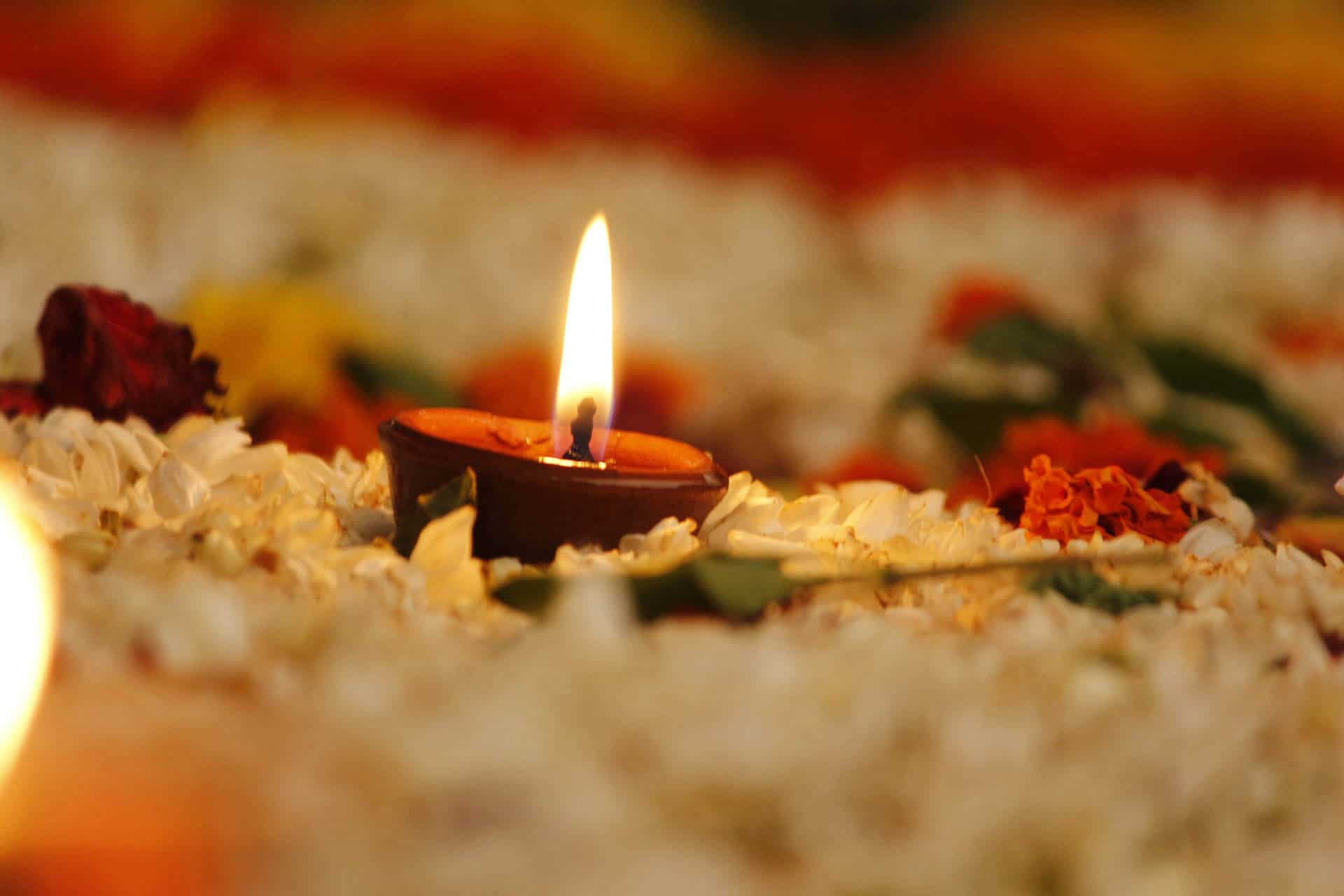 The Hindu religion teaches that when someone dies, the soul passes into another body. That belief in reincarnation provides the foundation for Hindu funeral traditions. Especially in UK/London although different groups have slightly different practices, there is a common set of Hindu funeral rites they all follow. To leave the repetitive cycle of birth and death, a person must attain moksha, a state of liberation where the soul is absorbed into Brahman, the transcendental life force in the Universe.

Traditional Hindu rituals, family members will say Hindu Funeral prayers around the body as soon as possible after the passing. The body is then washed, anointed with sandalwood and decorated with flower garlands and wooden beads (malas). Scriptures are read from holy texts – the Vedas and Bhagavad Gita by Hindu Funeral Pandit. White traditional Indian dress is usually the preferred dress for mourners. Following cremation, the ashes of the deceased are scattered into water or placed into a sealed urn to be taken back to India from UK to be sprinkled into the River Ganges.

Hindus prefer to die at home surrounded by family and their body will remain at home until cremated, usually 24 hours after death. If death didn’t occur at home, the body will be brought back to enable funeral rites to begin and these are usually conducted by a Hindu Funeral priest (UK) and the eldest son of the deceased with the help of Hindu funeral mantras. Following this, the body will then be taken to the crematorium and traditional Hindu families may wish to go behind the scenes to witness the cremation. It is believed that when the body is burned the soul is released quickly.

After the cremation, the family usually has a meal and offers prayers in their home. This is the beginning of a 13-day Hindu mourning period during which friends and loved ones will visit to offer condolences. Non-Hindu mourners are also generally welcome to participate in Hindu funeral rites, but there is no pressure to take part if this compromises your own religious beliefs.
On the first anniversary of the death, the family celebrate a memorial event that Honours their loved one’s life. Some of people also keep puja on their home in present of hindu priest.

Generally, While performing the service by hindu pandit during the period of funeral rituals, cost may varies depending on duration and number of all hindu rituals. Hindu funeral cost UK is also depending on rituals performed during whole funeral puja.